Skip to content
BMA to take charge of Chatuchak Market 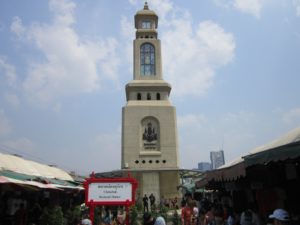 Chatuchak Market will have new ownership as the SRT (State Railway of Thailand) have relinquished its power to the BMA (Bangkok Metropolitan Administration).

Reports from the Bangkok Post have stated that a dispute in rent prices between the SRT and vendors emerged over the past few years and the BMA have taken back control of the market after the SRT refused to renew their lease on the land.

The decision was made in a meeting headed by Deputy Prime Minister Prawit Wongsuwon suggested that the BMA taking charge would reduce poverty in the market. The committee decided that the inflated rates of rent from the SRT will be scrapped and new acceptable rental rates will be installed. Many vendors were paying 2,700 Baht per month rather than the average 1,400 Baht per month for the area.

For more on this story, head over to the Bangkok Post.